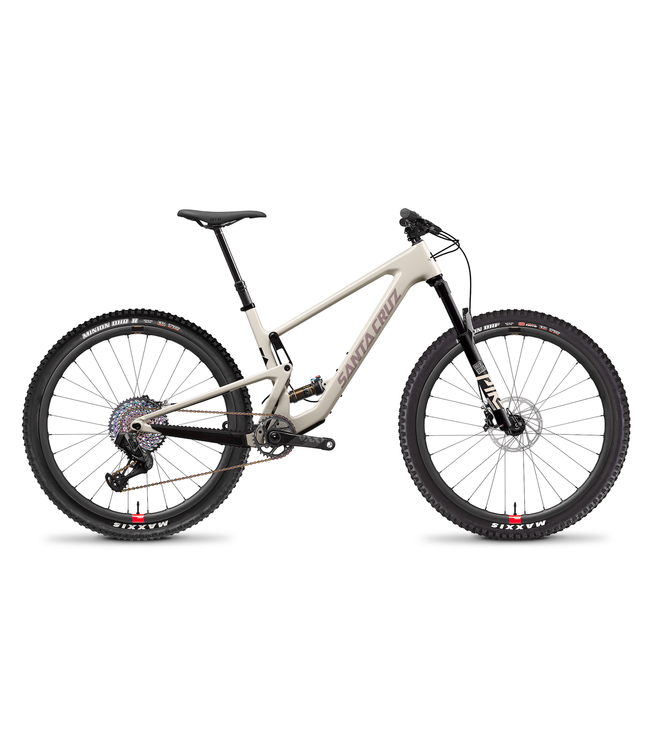 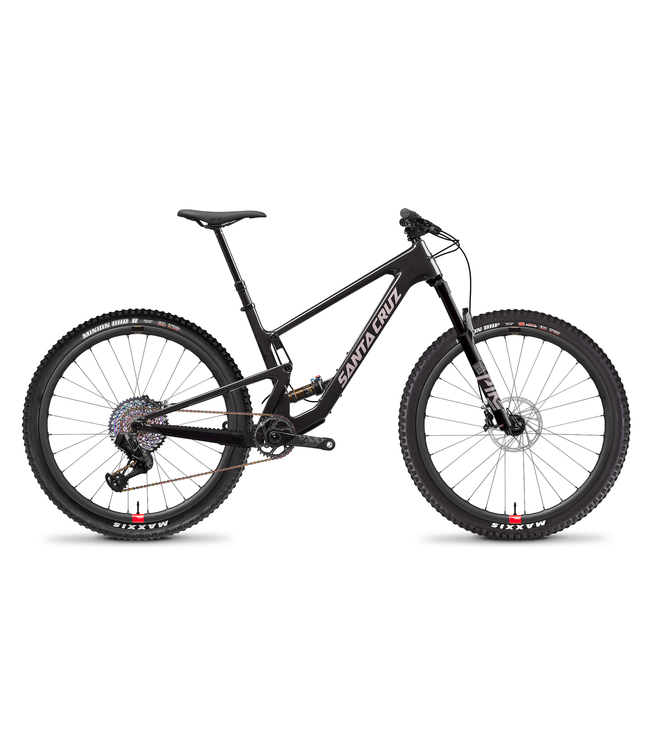 PRE-ORDER YOURS NOW! PLEASE CHECK THE AVAILABILITY TABLE IN THE PRODUCT DESCRIPTION BELOW! Lesen Sie mehr..

If ever there was a gravity riders’ XC bike, the Tallboy is it.

The new 120mm Tallboy takes a leap further into what short-travel bikes really are capable of. With kick-ass lower-link VPP suspension, a streamlined design, the typical Santa Cruz refinement, and rather radical geometry, the Tallboy is back to being a genre bending folk hero.

Sure, 10mm more travel might only seem like one small step—but coupled with a lower link-driven VPP suspension design this is one giant leap for the Tallboy.

It’s the kind of bike that makes you sprint while going up, along, over, or down due to the maximum efficiency of the VPP design and responsive, lightweight chassis. But because it shares the same engineering principles as our longest travel bikes, the progressive lower link-mounted shock feels equally at home doing cross-country as it does in extreme-country. Paired with a 130mm fork the new Tallboy becomes ever more appealing to riders who like to open it up.

And the geometry, that's a big part of what's going on...

Established theory suggests shorter travel bikes get ridden slower, therefore require steeper and more conservative geometries. In reality though, when was the last time you ever throttled back on a fun trail because you weren’t on a bigger bike?  Caution to the wind and all that. So we’ve done the same here and mimicked our longer travel geometry to create a bike with a 65.5-degree head-angle, generous front center, and short offset fork. Something rarely seen on a bike of this ilk.

And the radical thinking doesn’t stop there.  The Tallboy’s short-short 430mm chainstays have +/- 10mm of rear axle adjustment to ensure riders of all sizes and styles feel equally at home. Match that to a relatively low BB (335mm and 37.5mm drop) and you’ve got a combo that’s ready to haul into every pocket turn and launch out the other side.

PRE-ORDER YOURS NOW! PLEASE CHECK THE AVAILABILITY TABLE IN THE PRODUCT DESCRIPTION BELOW!